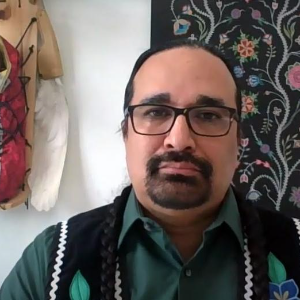 Cecil Sveinson is a husband, father and grandfather. He is Anishinaabe from Poplar River First Nation and lives in Winnipeg, Manitoba, Canada. Cecil has been designing and delivering workshops for over 25 years. He is a traditional knowledge keeper and carries a number of ceremonies on behalf of the People. Cecil was one of the original online organizers of the #boyswithbraids campaign which went viral.